They are the Goldman Sachs, Rockefellers, Lehmans and Kuhn Loebs of New York; the Rothschilds of Paris and London;

the Warburgs of Hamburg; the Lazards of Paris; and the Israel Moses Seifs of Rome.

Many of the bank’s stockholders reside in Europe.

The US government had a historical distrust of BIS, lobbying unsuccessfully for its demise at the 1944 post-WWII Bretton Woods Conference.

Instead the Eight Families’ power was exacerbated, with the Bretton Woods creation of the IMF and the World Bank.

Bretton Woods became a boon to the Eight Families. The IMF and World Bank were central to this “new world order”, writes Dean Henderson at The Herland Report and Free21.

The Federal Reserve Cartel: Who owns the Federal Reserve? Their monopoly over the global economy does not end at the edge of the oil patch. According to company 10K filings to the SEC, the Four Horsemen of Banking are among the top ten stock holders of virtually every Fortune 500 corporation.

So who owns the Federal Reserve and are the stockholders in these money center banks? This information is guarded much more closely.

My queries to bank regulatory agencies regarding stock ownership in the top 25 US bank holding companies were given Freedom of Information Act status, before being denied on “national security” grounds.

This is rather ironic, since many of the bank’s stockholders reside in Europe. One important repository for the wealth of the global oligarchy that owns these bank holding companies is US Trust Corporation – founded in 1853 and now owned by Bank of America. A recent US Trust Corporate Director and Honorary Trustee was Walter Rothschild.

Other directors included Daniel Davison of JP Morgan Chase, Richard Tucker of Exxon Mobil, Daniel Roberts of Citigroup and Marshall Schwartz of Morgan Stanley. J. W. McCallister, an oil industry insider with House of Saud connections, wrote in The Grim Reaper that information he acquired from Saudi bankers cited 80% ownership of the New York Federal Reserve Bank– by far the most powerful Fed branch- by just eight families, four of which reside in the US.

The Federal Reserve Cartel: Who owns the Federal Reserve?  They are the Goldman Sachs, Rockefellers, Lehmans and Kuhn Loebs of New York; the Rothschilds of Paris and London; the Warburgs of Hamburg; the Lazards of Paris; and the Israel Moses Seifs of Rome.

Schauf lists William Rockefeller, Paul Warburg, Jacob Schiff and James Stillman as individuals who own large shares of the Fed. The Schiffs are insiders at Kuhn Loeb.

The Stillmans are Citigroup insiders, who married into the Rockefeller clan at the turn of the century. Eustace Mullins came to the same conclusions in his book The Secrets of the Federal Reserve, in which he displays charts connecting the Fed and its member banks to the families of Rothschild, Warburg, Rockefeller and the others.

The control that these banking families exert over the global economy cannot be overstated and is quite intentionally shrouded in secrecy.

Their corporate media arm is quick to discredit any information exposing this private central banking cartel as “conspiracy theory”. Yet the facts remain.

The House of Morgan story: The Federal Reserve Bank was born in 1913, the same year US banking scion J. Pierpont Morgan died and the Rockefeller Foundation was formed. The House of Morgan presided over American finance from the corner of Wall Street and Broad, acting as quasi-US central bank since 1838, when George Peabody founded it in London.

The Federal Reserve Cartel: Who owns the Federal Reserve?  Peabody was a business associate of the Rothschilds. In 1952 Fed researcher Eustace Mullins put forth the supposition that the Morgans were nothing more than Rothschild agents.

Mullins wrote that the Rothschilds, “…preferred to operate anonymously in the US behind the facade of J.P. Morgan & Company”. Author Gabriel Kolko stated, “Morgan’s activities in 1895-1896 in selling US gold bonds in Europe were based on an alliance with the House of Rothschild.” 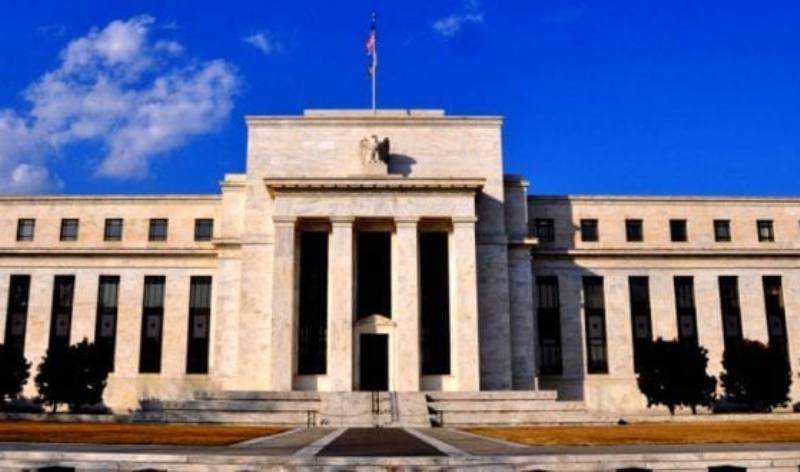