Stephen Kelly is a former 28 year Police officer who has spent the last 10 years in the NSW Coronial Law Unit in Australia assisting Coroners with Inquests. He provides an in-depth analysis of the concerns he has surrounding the vaccination of children from 5-11 years of age. He highlights the concerns that have been raised by medical specialists from overseas who do not believe there is sufficient evidence to justify the inoculation of young children with these experimental drugs. 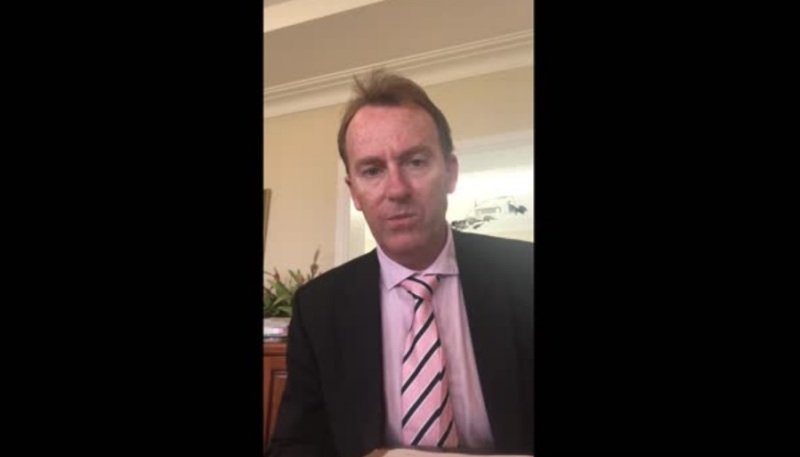 Iansvoice
There is NO Pandemic. There is No Virus, its a Big Scam, a virus has never been isolated, this us the biggest CONN the World has never experienced. It’s a Death Jab.

Wolfie21
People have got the flu re-named con-vid, n the moronic is just a normal cold…

mstania
The majority of the government have sold out the Australian people, to the plans of the global elites. It is about trading our sovereignty as a nation to global entities in the name of ‘sustainable development’. It’s about stripping us of our rights, freedoms and liberties. It’s about taking away our assets and bringing us into the mercy of a new social credit system. It’s about creating smart cities, in which we are genetically altered with artificial intelligence capabilities (that is, for those who survive the perpetual boosters planned). The global reset that they are attempting requires absolute compliance – everyone MUST submit. If lives are lost, that is inconsequential to them because their motive is cull the populace, the aged, the weak, the stupid, the infirm and ‘the useless eaters’ (as Klaus Schwab sees most of us as most of our jobs will be taken by AI). We must make the stand and we must make soon. Our compliance will not make this nefarious plan go away, we are entirely irrelevant to them. What many Australians do not realise is that we are in the war of our lives…

Paddo
Thank you so much Stephen Kelly. You are by choice in far more ethical company now that you have spoken out without fear or hindrance. Sorry you have lost your career. I wish more had courage of their convictions and refused to cooperate with the tyranny. It’s comforting to know that people in your former position are speaking up to raise awareness.
The TGA has for a very long time been a compromised organisation not to be trusted.

Lolabrindle
If there is a true pandemic, it does not need to be advertised. WE WILL SEE IT. This is bullshit. Please protect the kids. I have no children but I will protect them as best I can. My previous vaccinations have probably made me unable to bear children . I will still protect the kids with my life.. Bring it on!!

Jamesowen27
Keep making them Steven. I also recommend that you interview these demons and corner them with intelligent questions, if you need a hand interviewing let me know.

PrevPreviousAustralia One Party (A1) – Victorian Nurse Speaks Out
NextWhat if the Largest Experiment on Human Beings in History Is a Failure?Next