Escaping Australia: Why Are Thousands of Aussie Families Permanently Fleeing As Refugees? 1/3 Escaping Australia: Why Are Thousands of Aussie Families Permanently Fleeing As Refugees? 1/3

Part 1/3 of a documentary series into the mass exodus of Australian families leaving Australia permanently to move overseas.

LoveratLoves
My Ukrainian mother and her parents migrated here after being interred in German work camps during WW2 (mum was actually born IN the work camp). My baba and dido warned me about the insidious nature of authoritarianism and it still took me by surprise. I’m 56 and grew up in an Australia that is NOTHING like this current woke nanny nation. Australia is the perfect example of the frog slowly being boiled to death and never noticing. I cannot believe how compliant and obedient most people are in this country – it makes me want to vomit.

Theoria Apophasis
I lived in Russia for nearly 4 years……id MUCH RATHER live in Russia than the mess in OZ !

You Wish
I was born in Russia, but Australia has always been my home. I’m not even 20 years old, but the way that the political situation is developing in this country, I can’t even lie, I’ve thought about moving back. But I will not leave without a fight, it’s the very least I can do for my fellow Australian. We can still fight covid and fight for our freedoms, why do so many people not realise this?

nowHere
He’s so right about traditional family values are being eroded. They totally have been already! And he’s right that they squeeze everything out of us economically by splitting us. All the best to this family. Blessings and fare well.

Goce Ivanoski
Everything what he says it’s 1000% right good luck to him and his family..hope we will be ok in this beautiful country..thank you Simon

Erikh Wrigley
Thanking the government for lifting lockdown is like thanking your abuser for stopping beating you.

Chris P Bacon
This guy is spot on, everything he’s saying is resonating with me and I’ve also started making plans to leave, hopefully soon.
I hope it all goes well for him and his family in Russia.

BurialKru
I have the upmost respect for this man you interviewed he is putting his family first. And I respect his morals. Sad that he has to leave his home country to have a somewhat normal life. Best of luck.

akai tv
It’s not unusual to see people leaving Australia, this has happened before look at my family history grandmothers side, my uncle from many generations ago started the New Australia movement in Paraguay South America back in 1890’s After starting the ALP my uncle was pissed off in the direction it was heading and packed up a couple of hundred people to start a new Australia in Paraguay. Check it out you’ll see everything in history returns.

Harry
I 100% envy this bloke for what he is doing…he is definitely very smart, so obviously he’s not making a dumb move…I would certainly do the same in a heart beat, and leave permanently for Greece… 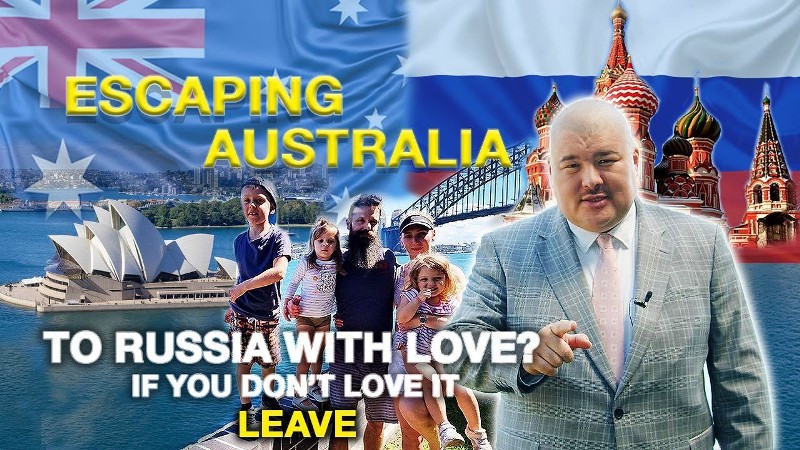 PrevPreviousSenior Victorian Labor Figure Slams Andrews’ New Pandemic Powers, Says MPs ‘Frightened’ To Speak Out Against It
Next12000 Municipal Workers Including FDNY, NYPD, SDNY and EMS Marched Across the Brooklyn Bridge To Protest the Vaxxine MandatesNext