Among some of the top critics against the COVID-19 pandemic and the agenda to promote the supposed miracle vaccine was the inventor behind the mRNA technology, Dr. Robert Malone. Just like numerous COVID-19 critics, Dr. Malone has been subject to censorship and being de-platformed for discussing an issue he has spent a great deal of his life studying. Still, with the Biden administration having the mainstream media, big tech, and government agencies on their side, the doctor continues to be the target of online attacks for doing nothing more than sharing his knowledge. With the backlash becoming overwhelming, it seems Dr. Malone is now considering the size and scope of the weaponization of health to push the Great Reset agenda.

In the video, which is featured below, Dr. Malone admitted that he had to take a serious look at the public health crisis. “This is about economics. I’ve come to seriously have to consider that what we have is not a public health crisis, it’s a financial crisis, and that the opportunity that presented itself with the emergence of this particular variant of SARS has been exploited at best to support an economic agenda that has been in preparation for years. And which reflects basically a crisis – to call it capitalism is a misnomer, a state based, large capitalist or monopolistic system that has been put in place, and is now reaching the end of its useful lifespan as an economic model. And that, in fact, what we are seeing, is the weaponization of public health to support other agendas that have nothing to do with public health.”

Discussing some of the initiatives taken by governments and organizations like the World Economic Forum, the doctor explained, “We see them rolled out in various ways, the digital passports, the digital ID, and now the destruction of decentralized, Blockchain-based cyber currency concurrent with the destruction in value of the fiat currencies, and the strong state of desire  to migrate towards centralized digital currencies with MPT coding for every transaction that you may take and linkage to digital ideas of every individual.”

And again, using data to support his claims, Dr. Malone concluded, “I see again and again, that the behaviors and policies are inconsistent with medical and public health norms. They’re entirely consistent with an alternative hypothesis that describes this as a planned economic set of steps and modifications heading towards a different economic system. One that is often tied with the words build back better or the great reset.” 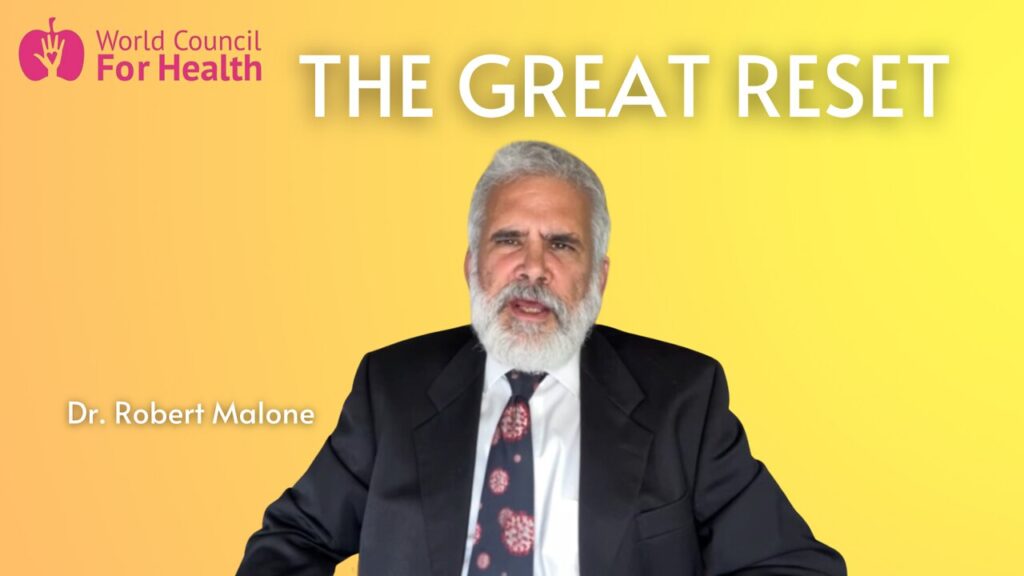